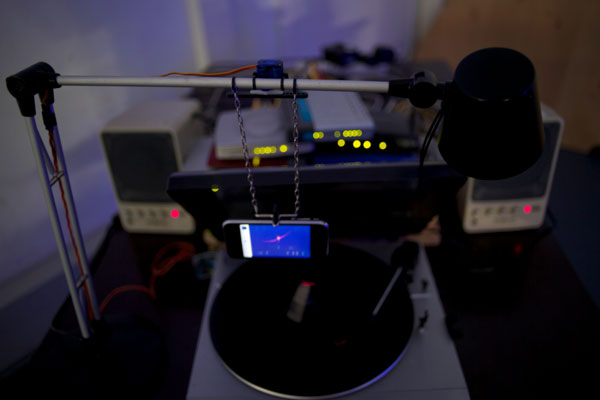 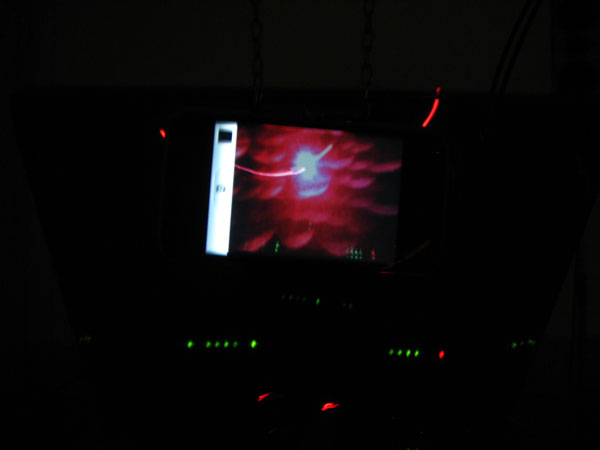 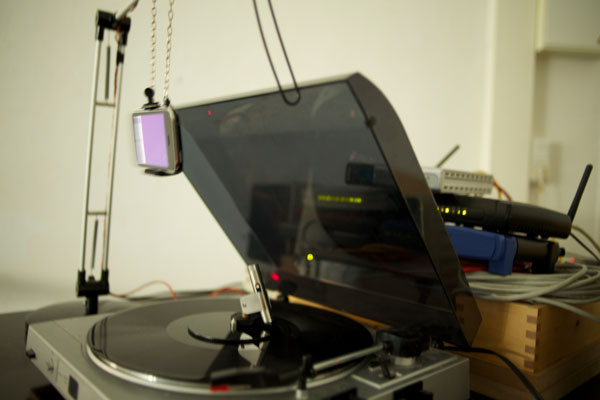 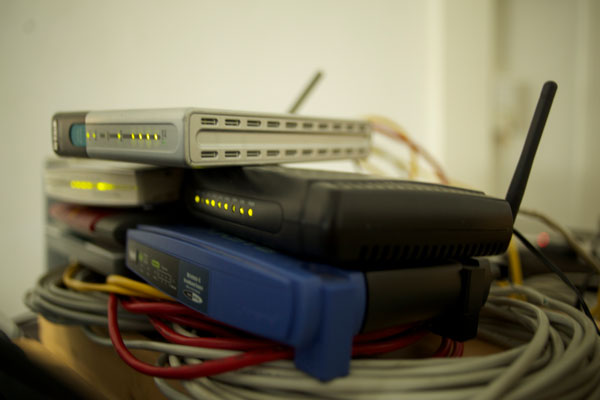 Iron Doom imitate/reproduce Youtube videos shot in Israel on November 2012 during ‘Operation Pillar of Defence’.
The videos are ‘phone made’ documentation of the ‘Iron Dome’; an Israeli air defence system designed to intercept and destroy short-range rockets and artillery shells. The installation is made using a vinyl record which is playing a soundtrack downloaded from the Youtube videos; A laser pointer is placed on the record and turns with it; Routers with flickering lights are stacked on the back; In front of the setup hangs an iPhone on camera mode, a motor is keeping the camera in constant shaking movement. When looking through the shaking iPhone display, the lights of the laser and routers are creating an effect of an explosion in a city skyline.
Through the remaking of the video documentation within an ‘artificial’ apparatus the work deals with media representation of war. And attempts to confront with questions of reliability, evidence and testimony. In other words, it plays with the fragile mechanism of how war looks like through the near distance of the Internet.